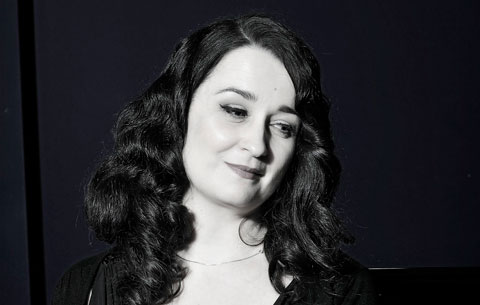 Long ago when Jesus was in nappies!

In an industry that is fiercely competitive, it is not enough to just be a great player, singer or songwriter. Be versatile to increase employment potential.

Be open to all genres of music, explore and develop other styles of playing.

Make time to study your instrument and improve your musicianship skills.

If you present yourself as a professional musician it is expected that you can read music fluently.

Recorded for Universal, Decca, Verve, Geffen, Proper, Lost Highway and Rhino Records, has appeared on over one hundred television shows as a vocalist and vocal arranger for BBC, PBS, UTV and RTE.

First solo album and songwriting debut ‘Between The Moon and Mercury’ earned a nomination for Tatler Magazine’s ‘Woman of The Year’ award. Appeared in the Canadian Film Bloomsday Cabaret which premiered at The Cannes Film Festival.

Have you kept in touch with many of your classmates? Are they still working in the industry?

Some classmates and bandmates became close friends and we see each other regularly.  Many others are on Facebook and we keep in touch there. Most of my classmates no longer work in the music industry.

Did you find your time at CSN beneficial?

My time at CSN was hugely inspirational and productive.

In two short years I gained invaluable experience that I have benefited from throughout my career.  The advice and support from Chris, Ursula and Johnny was informed, influential, very much appreciated very and still is!