CSN offers so much for mature students 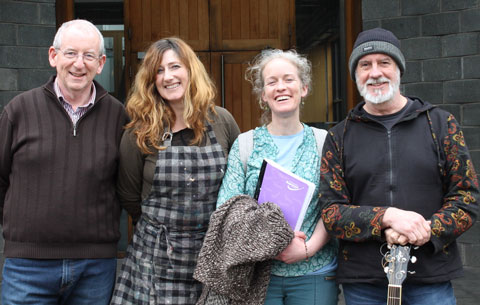 It’s never too late to learn.

Whether it’s a return to education after retirement, a desire to up-skill for a career move, or simply to learn something new and maybe go on to third level, CSN has it all for the older learner in a most stimulating way plus a lot more besides as I found from speaking to four such students recently.

Sixty-one years old Padraig Walsh from Mahon, who is on the one year QQI Level 5 Cultural and Heritage Studies course, said he left school at the age of 16 and had worked continuously since, 40 years of which with Bus Éireann.

‘Voluntary severance came up in December 2017 and I was looking for a new challenge and a new beginning. The course came up when I engaged with the Social Welfare office in Cork and in always having an interest in history (his grand uncle Seamus Breathnach from Kinsale was a distinguished historian and co founder of Kinsale Museum), I applied, attended the interview and was accepted.

‘It’s been great, absolutely brilliant!’ said Padraig. ‘It has opened my eyes to an awful lot of things such as Ireland’s many old customs and skills.  I’ve been to Newgrange, Hill of Tara, Glendalough and so many other places on field trips I would probably have never have gone.’

Other aspects of the learning-by-doing course include archaeology, folklore, local history, literary, visual and performing arts.

‘There’s a lot of work and many assignments but we have great fun learning and I’ve made great friends here.  Shane Lehane and Tim Murphy are great teachers and along with mature student officer Jacqueline Kearney, have been a great support from day one and don’t put pressure on you.’

Padraig, who is a member of Kinsale History Society, is interested in working in the heritage sector and has already applied for a position as information officer with the Office of Public Works at Charles Fort. Wouldn’t that make his grand uncle proud? 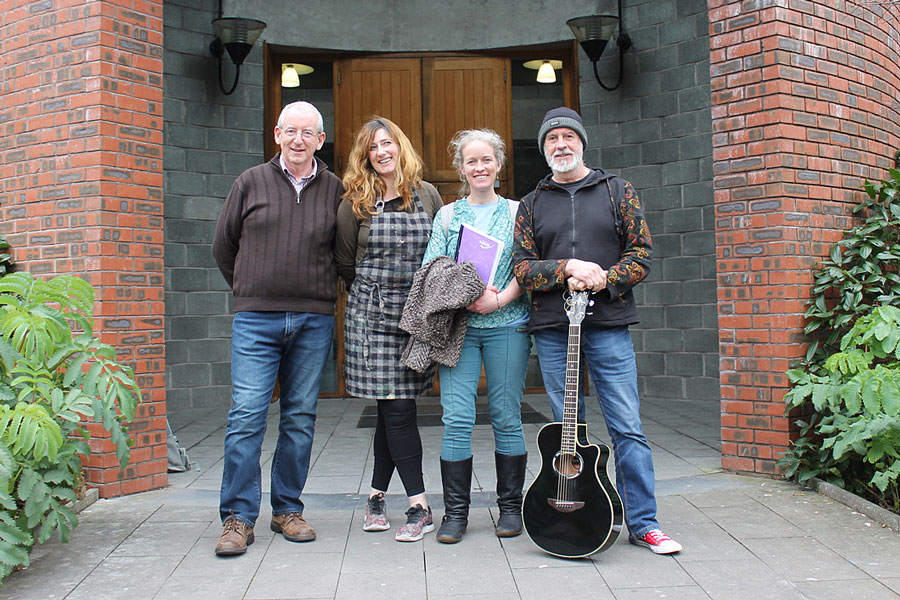 Prior to commencing the two year Music Management and Sound course at CSN. John Joyce from Cloyne had a wide ranging career that included working in the family freight business, performing with and managing bands in the UK and Ireland, studying horticulture in Kilkenny and working as a gardener. A hip operation over four years ago effectively ended the latter.

‘I hadn’t worked for a while and was trying with difficulty, to make my way in the music business, having previously studied sound engineering in London.’

In an effort to get back to a regular lifestyle, he got on to a Back-to-Work course in Carrigtwohill Joint Project and with Autism Ireland in Mogeely and then spotted a popular music management BA course in music as Cork IT. He successfully applied but it didn’t materialize due to a waiting list, but then he heard about the two year course at CSN headed up by Chris Ahern and it’s been music all the way since.

‘The course is intense, comprehensive and challenging but I like it because you’re doing something that you love, it’s free and there’s plenty of support.  I only wish these courses had been available when I was younger because I now realize that academia is the way forward but then again, it’s never too late’ said John, who incidentally, is a grand nephew of novelist James Joyce.

‘I’ve learned a lot since September and it tells where your strengths are and where you should focus’, said the 60 years old songwriter and guitarist who would like to go on to write and record his own songs and also send these on to other artists to hopefully put on their albums.

‘I love all things gardening, I knew Danny Crowley who is the Course Director, did the interview and got on the horticulture course at CSN starting in 2017.

‘You need to have a passion and an interest in it and then it feeds your curiosity’ said Jim who referred to the wide ranging nature of the course including soil and plant science, plant propagation and protection, tree and shrub management, garden design finance, ecology, word processing and communications, the latter of which, he said, is very good for preparing a CV etc.

For a person who hadn’t been in a classroom since the Leaving Cert in 1972, Jim said all the teachers, including Danny Crowley, Simon O’Hara, Eoin Ó Luasa, Eddie Fleming, Karen McGrath and Jacqueline Kearney were hugely supportive.

‘This course has been super and I’ve really learned an awful lot of tips, including that to understand what is going on underground is as important as over. I also loved the work experience in Blarney Castle Gardens. If you have a passion for gardening, this is the course for you It has given me a new lease of life,’ said Jim who intends going into gardening as a livelihood.

Tracey O’Dwyer from St Luke’s, Cork, is a mature student in Art 2, Level 6 with a background in press and marketing for the arts and theatre and a freelance in print and radio in Cork. She also worked in London and Switzerland and on returning from the latter in 2012, completed an English language teaching course at UCC and did some voluntary work, mainly in the arts sector.

It was from talking to her good friend Tina Neylon in Cork Lifelong Festival that she decided to get back into education. ‘I just love creativity and got on the Arts Level 1 course in September 2017 which couldn’t have come at a better time in my life because my son was grown up and I was in an in-between place.’

‘I really can’t say enough about this course. It’s so broad, practical and hands-on. It works on both physical and mental levels and gives you a real grounding in the world of art using skills you don’t realize you have.  Both my peers and the teachers have been so supportive and I’m very lucky to have landed into such a nice group,’ said Tracey.  Teachers include Debbie Godsell, Lucy Phelan and Deirdre Nolan.

‘I’ve always had at the back of my mind that I don’t have a degree so it is my hope to continue in a degree course at Crawford College of Art but whatever happens, it has been so worthwhile’, said Tracey.

Jacqueline Kearney is Mature Student Officer at CSN. ’We provide many facilities for the adult learner in an effort to ease their transition in to college life.  These are: mature student inductions, coffee mornings, help with IT (word processing, email etc); workshops (organisation, getting assignment started, etc); study skills sessions and tutorial help with modules in a designated Mature Student Room.

As a past student in Cultural and Heritage Studies, this writer cannot speak highly enough about what’s on offer at CSN and the excellent support provided. You’re never too old to learn and by doing something different the experience and life benefits are amazing and you’ll also make new friends along the way. So get along to the Open Day on Tuesday March 5th and see what’s on offer and get expert advice. There are hourly information sessions for adult learners from 2-5pm. It will open your mind to new possibilities. 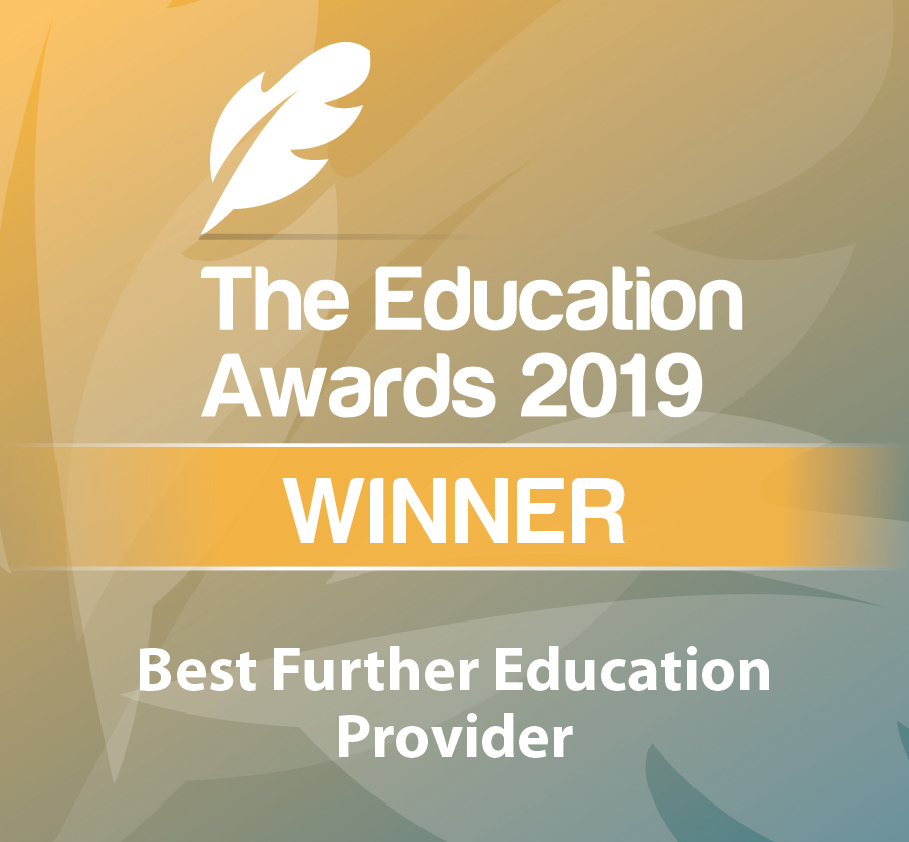 CSN offers so much for mature students
Apply download
prospectus